1. Why do you think you’re particularly well suited for the Charter Review Board? 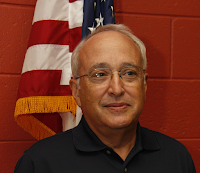 I am very intelligent, reasonably articulate, have diverse and relevant experience in business and in working with government, and I believe in the diversity of opinion that makes our American Democracy so unique.

I have been a full time resident in District 5 for 11 years. In my career in information technology I spent more than a decade as a small business owner doing business with other small to mid-sized businesses. I spent a decade and a half working on technology projects and standards as a trusted advisor to government agencies across the country. I developed an appreciation for hyperlocal governance based upon long-term involvement on my HOA Board, and appreciation for environmental issues as a long term sea turtle conservation and shorebird monitoring volunteer on Manasota Key. In short, a resume of diverse and relevant skills.

I also need to be upfront and say that I am a Progressive Democrat, heavily involved in the local Democratic Party because I don’t believe that it is ever a good thing for my government to be controlled by a single party, or a single viewpoint, for many decades. For those scared by the term “Progressive” or the party “Democratic”, my HOA is about to enter its 7th year without a dues increase. I retired at age 58 without a pension but with enough savings from a prudent life style to live comfortably although certainly not luxuriously. And I live my life on a cash basis taking on minimal debt and only when it makes sense based upon tax consequences. So, while I have philosophical differences with members of the other party, I am fiscally very conservative and appreciate the fiscal responsibility that our local government has exhibited and the low tax structure that has resulted from that fiscal responsibility.

So what can you expect from me as a member of the Charter Review Board? Proposals that I will make and decisions that I will support with be centered around my basic values and my appreciation of the role that our Charter plays in our governance. First, I am a strong believer in representative democracy. I believe that we should have a diverse government representative of all of the people and not only one wing of the political or economic spectrum. So I will fight to preserve the Charter Review Board as an elected body providing a check and balance to the County Commission and a vehicle for direct citizen’s input into potential changes to our Charter. I will also strongly push for single member districts to provide opportunity for grass roots candidates to seek elected office without requiring support of the wealthy elite, or party bosses, or the powerful real estate developers that have controlled our county politics.

Second, I am very concerned with the rapidly changing character of our community. Bumper to bumper traffic, the lack of parking at our beaches, red tide and fecal coliform closing our beaches, disappearing wildlife, and developments like the view blocking “Vue” in Sarasota and the sensitive environmental land destroying “Woods” in Venice are all symptoms of a serious problem with our local government and our local economy. We need to learn to say no to the real estate developers who, via massive campaign contributions, have taken ownership of government decision making to the detriment of our community. We need to diversify our economy, enhance rather than gut our 2050 plan, maintain impact fees that pay for infrastructure required to support new development, and respect the rights of the majority of citizens of the county as much as those of the large landowners and developers who have put their profits ahead our best interests.

Third, the Charter is not the place to solve all of our problems. It is our county constitution, a document that provides a high level framework for how our local government is structured to best serve the interests of the citizens of Sarasota County. So in considering Charter changes, they first must be structural and recognize that day to day governance is the purview of the County Commission and the County Administrator. The Charter Review Board does not pass ordinances, however, some county charters do allow ordinances to be initiated via citizen petition. That would be a structural change that would address potential citizens concern with the County Commission not responding to the needs of the community.

Fourth, our Home Rule Charter is granted to us in accordance with the Constitution of and Laws of State of Florida which derives its authority from the Constitution and the Laws of the United States. While the Board should listen to all citizen input, suggestions for clearly unconstitutional changes to our Charter should not be supported for study by even a single Charter Review Board member.

2. Do you think the Charter Review Board should be changed from an elected board to an appointed board? Please explain.

I believe that this unique avenue for ongoing direct citizens input into the Charter Amendment process is valuable and deserving of preservation. It provides a check and balance on the power of the County Commission by providing a separate elected body that has the ability to take proposed changes to our Charter directly to voters for decision via a referendum. To quote Section 2.8B of the Charter: “On, behalf of the citizens of Sarasota County, the Charter Review Board shall review and recommend changes to the County Charter for improvement of County government.”

I believe that we are facing an entrenched political machine that has controlled our county government for the past 50 years. I further believe that those entrenched politicians are effectively controlled by a handful of real estate developers who have, via their economic influence and campaign contributions, set public policy for our County. Given that they are supportive of, and in fact are, the status quo, they have no interest whatsoever in ordinary citizens having direct or expeditious input into changes to the structure of our county government.

3.  What are three issues that have been suggested for the CRB’s consideration that you feel are worthy of further inquiry? For each one, please explain why you think it’s important.

Florida Statutes Chapter 112 Part III defines a Code of Ethics for public officers and employees.  Division 3 or Article IV of the Sarasota County Code of Ordinances likewise defines Standards of Conduct for county officers and employees.  Somehow, in spite of these state statutes and county ordinances, a sitting Sarasota County Commissioner has been permitted to simultaneously serve as the paid Executive Director of the Argus Foundation, a business lobbying organization.  All of our sitting County Commissioners as well as our County Attorney find that this apparent conflict of interest is not illegal.  In addition, in the recent past, Sarasota County’s first Ethics Coordinator was fired for investigating ethics complaints against County Commissioners who apparently concluded that they were not subject to such local scrutiny.  I also note that the word “ethics” does not appear in our county Charter.  I believe that the Charter Review Board should study a potential Charter Amendment that would address this apparent failure of our state and county statutes to provide an enforceable ethical framework for our county government.

Over the years a significant percentage of the Charter Review Boards time has been invested in discussing proposals for revision to Section 7.1 of the Charter which defines procedures for approving potential Charter Amendments for presentation to the voters in a referendum election.  Most of that discussion seems to have been centered around proposals that would result in making it more difficult to petition for, and pass, Amendments.  I agree that we need to study changes to Section 7.1, however, instead of focusing on changes that would make it more difficult to amend our Charter I believe that we should study changes to this Section that provide clear definition of the citizen’s petition process.  The Charter should describe a petition format, procedures for impartial legal review and approval, and a process for ongoing tabulation of petitions as they are turned in to the Supervisor of Elections for validation.

4. What is your position on single-district elections?

I fully support changing the way that we elect County Commissioners, Charter Review Board Members, School Board Members and Hospital Board members.  Our current method of at large election is no longer appropriate for a County which by population and growth rate is among the largest in the state.


It requires approximately 100,000 votes to win in a county-wide election and to reach that many voters requires a very substantial campaign fund and, in many cases, additional outside PAC money.  There is little room for grassroots candidates, or candidates not beholden to special interests, to run for elected office in our County. Most of the largest counties in our state elect county officials either exclusively via single member districts, or, by a hybrid model of single member and at-large representation.  I believe that it is past time for Sarasota to structure its government to be more representative of our large, geographically diverse and growing population.

5. Do you believe citizen petition charter amendment drives should be subject to a time limit on gathering signatures?

No. We need to keep in mind that a petition drive to collect the currently required approximately 15,000 valid petitions requires a level of effort greater than that required to run for county wide office.  We need to provide adequate time for a successful grass roots petition gathering effort without the use of paid petitioners which somewhat negates the concept of a citizen’s petition.

6. Do you believe advisory boards should be subject to a rule that aims to balance them by geography, areas of expertise, and relevant experience in advocacy? (For example, for the Planning Commission, at least one member with experience in advocating for affordable housing.)

In a word, yes.  And naïve though it might sound, I believe that partisanship should not enter into the decision-making process when reviewing citizen’s applications for inclusion on advisory boards.  It is very unfortunate that some of our most capable citizens are excluded from Advisory boards simply because they are from the wrong political party, or, often, the wrong wing of the governing party.