Give to Giving Challenge to Challenge Neal/Beruff - UPDATE

Update: Suncoast Waterkeeper had a great turnout for the Giving Challenge - here are the results.

BRADENTON — Joined by several environmental groups, former Manatee County Commissioner and TBT publisher Joe McClash has led the fight against developer Pat Neal's proposed destruction of wetlands for development on Perico Island. Despite an administrative law judge's recommended order that the Southwest Florida Water Management District not approve the application, SWFMD's board voted to do so this week. McClash and his allies are asking other citizens to join the fight.

The ALJ recommendation had to go back to the water management district's board for a final vote. Led by fellow developer Carlos Beruff, the board ignored the judge's recommended order for denial and approved the permit. The only recourse is through the District Court of Appeals.

McClash is urging the community to donate Tuesday, September 1, starting at noon lasting 24 hours during the 2015 Giving Challenge. Every dollar up to $250 will be matched by the Patterson Foundation. There is a minimum donation of $25.

There will be $35,000 in prizes for nonprofits that cultivate the highest totals of new online donors, so every donation counts.

The Suncoast Waterkeeper organization participated in the legal fight and is a participating organization. This is a unique opportunity to have a donation matched, but it must be done during the 24 hours starting at noon on Tuesday, September 1.  MORE . . .

Posted by Lake Sarasota Community Group at 12:19 PM No comments: Links to this post

Do you think the Sarasota Commission's decision on hunting might have to do with more than just the wishes of local hunters?

Do you think Rick Scott got into office by his looks? 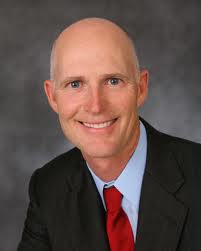 
Based on his leadership on Second Amendment issues, Governor Scott has earned an “A+” rating from the NRA-PVF in the 2014 general election. An “A+” is the highest possible rating and is reserved for elected officials with an excellent public record on critical NRA issues who have also made a vigorous effort to promote and defend the Second Amendment.

SB-290, Firearms/Emergency Evacuation by Senator Jeff Brandes (R-St. Petersburg) and Rep. Heather Fitzenhagen (R-Ft. Myers) was signed into law yesterday by Governor Rick Scott and took effect immediately.
SB-290 is a bill to protect citizens from being disarmed and charged with a crime for carrying a weapon or firearm when in the process of evacuating during a mandatory evacuation ordered by the Governor or a local government during a declared state of emergency.

A-rating from the NRA

Rick is the only candidate for governor to receive an A-rating from the NRA.

SARASOTA - A new ordinance will pave the way for people to use publicly owned preserves in Sarasota County to hunt for animals such as deer, hogs and coyotes.

Although Sarasota County commissioners voted Monday to approve hunting on public lands, before anyone can do so, the county must also publicly approve the activity for each property on a case-by-case basis. The areas mostly likely to be opened for hunters are located in the rural areas east of Interstate 75. Expect a similar debate when individual properties come up for a vote.
Through a 4-1 vote, Sarasota County commissioners approved a broad new policy on Monday that opens the door for hunting on certain county-owned property — including land purchased through a special tax approved by voters to protect environmentally sensitive land and wildlife.
The measure, which drew wide support from avid hunters and equally forceful criticism from environmentalists, lifts a longstanding ban on hunting at public recreation areas, natural areas and beach parks.
Opponents cited safety concerns and strict language in the conservation program used to buy much of the forestry in question, which they argued was drafted specifically to prevent this type of activity.
But the commission — mostly gun-supporters and hunters themselves — sided with the advocates who said more hunting opportunities would benefit the general public.  MORE . . .

"Part of NRA’s mission is to promote and defend hunting as a shooting sport and as a viable and necessary method of fostering the propagation, growth, and conservation, and wise use of our renewable wildlife resources."  Interested Parties. 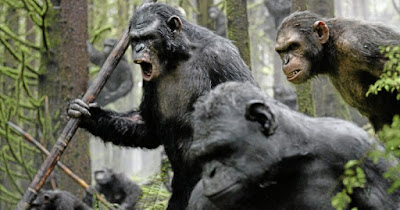 The abuses are scarring forest lands from the Carolinas to the Pacific Northwest. An emergency halt to target shooting had to be issued for the Croatan National Forest, in North Carolina, after hundreds of complaints from alarmed visitors. Forest Service records show an increasing raft of violations, like shooting from cars and shooting in campgrounds. More...

"Our concern is ethical in nature"


From the Sarasota HT:


From Dearborn Street, to the North Trail, to Myakka City, neighborhoods across Sarasota County are regularly invited to county-sponsored workshops. The premise of these gatherings is to hear from the citizens and discover what their hopes and needs are in their corner of the world. Our concern is ethical in nature, as these conversations form the bond of public trust. If the leaders in our county can be enticed from the commitments of a multi-year, million-dollar conversation in Fruitville, what will they do with your neighborhood dialogue?  More here.

Guest editorial from G.S. Heffner, chairman of the Fruitville 210 Community Alliance board of directors.

Posted by Lake Sarasota Community Group at 11:59 AM No comments: Links to this post

Florida Field Journal - Not Long Ago

Posted by Lake Sarasota Community Group at 7:48 AM No comments: Links to this post