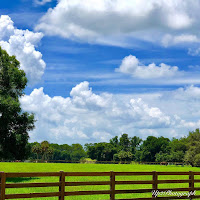 If you live in Sarasota east of the Interstate, or if you like to experience the country roads of rural Florida, prepare for the shock of large-scale development. Several super-sized housing tracts are coming to East Sarasota. Four projects alone will add nearly 28,000 housing units on 20,705 acres.

Major developable swaths of east Sarasota County are either already underway or set to be approved before the inevitable next crash in the Sunshine State's housing cycle.

One of the four largest, Lakewood Ranch (LWR), ranks #5 among the "fastest growing suburbs in the US":

While quickly granting concessions to private developers, Sarasota County's elected Board displays no evident awareness of its civic responsibility to gauge cumulative impacts, nor, as the public steward of the land, to integrate these impacts within a larger vision of intrinsic tradition and commitment to public uses. One looks in vain for a discussion of bringing greenways or waterways into alignment to create walking paths, wildlife corridors, kayakable sloughs and riding trails that could offer the people of Sarasota public recreation North to South, and East to West.

During a public discussion of a County proposal to reduce open space requirements for developers, one resident put it this way: "If we make changes like this, it changes the character of Sarasota County that was the reason many of us came here."

Here's a brief overview of the four largest developments that are either underway or whose plans have received approval:

It’s the first project coming to fruition in Schroeder-Manatee Ranch’s Waterside at Lakewood Ranch, a 5,144-home, 5,500-acre development in Sarasota County set around a series of seven large lakes left over from SMR’s aggregate mining operations.

The Waterside project generally runs from Interstate 75 to east of Lorraine Road and between University Parkway and Fruitville Road. It is located south of the Sarasota Polo Club and the Lakewood Ranch Corporate Park.

Stretching from Fruitville Road to Clark Road, this 10,000-acre mega-development of a former ranch will add an estimated 12,000 homes. 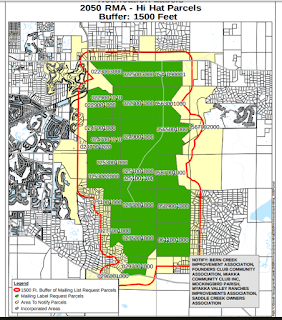 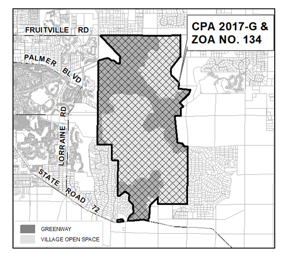 This former ranch is approved and underway. It will start with 3,450 units and grow to some 9,344 units stretching from Clark Road down to 681.


". . . the 1,725-acre property owned by the Turner family will break ground in the “2050 South Village” mixed-use development plan for the largely rural stretch leading out to the Myakka River State Park.

"The massive project includes up to 3,450 residential units throughout the neighborhoods, up to 300,000 square feet of commercial space at the corner of Clark Road and Bee Ridge Extension, and a host of environmental and road improvements throughout the area, according to the plans." Herald Tribune 11.9.2016


UPDATE: Apparently this wasn't "massive" enough, because the Sarasota County Board in 2014 deviated from the Comp Plan to allow a more ambitious development:


Property owners planning to add a village on 4,672 acres near Clark Road and Interstate 75 got a lot more leeway Wednesday on how and when they build. 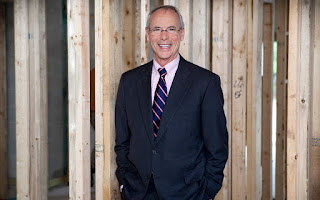 UPDATE: Board Action: Neal's Grand Lakes approved despite one-road access* was approved. The action raised a potential public safety issue for this giant cul de sac -- an issue acknowledged, but not addressed, by the Commissioners. Neighbors are considering options for an appeal, and say the Board ruling could open the way to sprawl across East Sarasota County.

See also the Letter to the Editor titled "Something is suspicious in Neal project approval":


All of the 300 current homeowners on Ibis were confined to their property earlier this year when a fire closed the road for hours. Now the county approves 1,100 additional homes, nearly a 400 percent increase, without fixing the egress issue on a dead-end street.

If all these tracts are approved as planned, they'll add more than 27,600 units to 20,705 acres of a rural area sparsely connected by two-lane country roads, which has no commercial, park or recreational areas. More are on the drawing boards -- including the 450-acre Lindvest tract at Fruitville and Dog Kennel Road, with 900 units. Changes to the 2050 Comprehensive Plan have helped Lindvest progress. Is Sarasota County going to answer these private developments with a balancing vision of public uses -- open spaces, trails, adequate roads and and recreational areas available to all?

It's time to ask our elected officials: What are you thinking? Are you even thinking? What is this Board, as our representative, doing in response to this appetite for rampant growth? 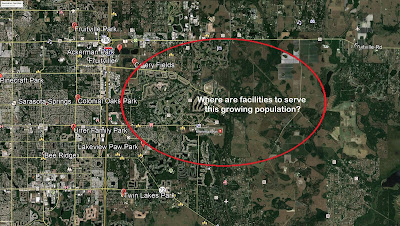 Here, for example, is a map of East County, with athletic fields open to the public. For those living east of the highway, one must drive 9-10 miles to the west or south.

Will our elected commissioners address the need for public planning and adjust impact fees to prepare for the coming demand for roads, trails, amenities, commerce, arts and recreation, or will they abdicate responsible governance, do nothing, and have us all go hang? 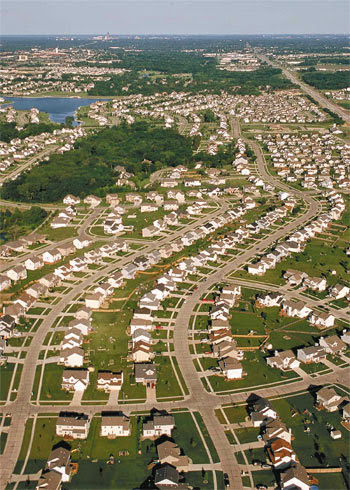 *Sarasota News Leader story made available through kind permission of the publisher.
Posted by Sarasota Vision 2050 at 9:42 AM