Letter to Ray Eubanks, of the state Dept. of Economic Opportunity from Vicki Nighswander:

Safety and health are constantly brought up at County land use hearings, MPO meetings and other county and city update meetings as a paramount driving factor in considerations. However, the consequences of growth have not been embraced and brought into the decision making processes. The Comprehensive Plan is like a bible for planning purposes. It brings up and defines the communities unique variables.

What is needed now more than ever is a dynamic process of needs assessment of the consequences of growth, not just for Sarasota County, my adopted home, but throughout this state that is experiencing huge growth and development. I would like to suggest an additional chapter for each county that requires ongoing needs assessment re. the community consequences of growth and sets plans in motion to make sure there is no further negative impact.

Case in point in the building and development approval processes that attention be paid to not further impacting on proximity intersections that are already experiencing significant crashes. The crash data and the building approval process must start meshing. Entrances and exits from new developments and buildings must be evaluated so that the locations put the least amount of added density on already congested and high accident areas. Then it can be said for this one factor safety has been addressed. When you don't look at the ecological factors of building and development, you are missing the boat when it comes to safety and the broad spectrum of health as well. The environment has been forgiving but with growth it's reaching its saturation point and negative impacts are the result.

Please consider a dynamic health and safety analysis on an ongoing basis focusing on the consequences of growth defined by each community on an ongoing basis. Safety and health as primary concerns of communities must be more than words.

Here's another case in point for my area. New building has been proposed and approved for areas adjacent to I-75. The County has its traffic crash data, the state has its data. It's not put together as a health and safety concern as there is no doubt that a new community right next to a state highway with entrances and exits within a mile will cause further congestion let alone more accidents in the area. But that issue wasn't even addressed. The data wasn't put together on the County vs the State Rd intersections. I heard no discussion other than once again those in authority exclaiming that safety is first on their minds. MPO is forced into addressing accident intersections after the incident to figure out how to improve the intersection, change light patterns, change sidewalks etc. When all of this could have been thought out initially when lives and money can be saved. There is enough data out there to be on the front end of safety and health in the building approval process.

Thank you for your consideration.
The consequences of growth are upon us. 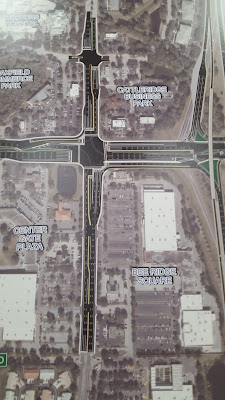 "There is no doubt that a new community right next to a state highway with entrances and exits within a mile will cause further congestion let alone more accidents in the area." 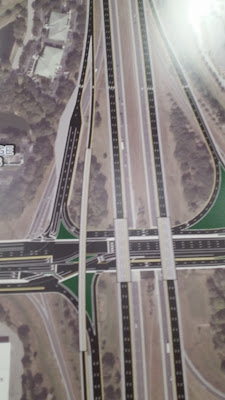 "All of this could have been thought out initially
when lives and money can be saved."

Posted by Lake Sarasota Community Group at 9:58 PM No comments:

Developer Above the Law

Pat Neal seems to think he can proceed with his controversial Perico Island project prior to and independent of legal permission: 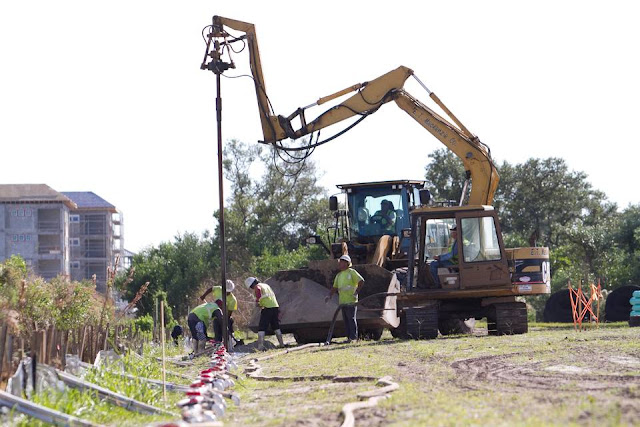 PERICO ISLAND -- Two days before he's scheduled to go to court mediation over a wetland filling project, Pat Neal stood on a silty shoreline clearing to watch the first pieces of storm sewer pipe go into the ground at his newest, smallest and perhaps most controversial housing development.
The construction is the first stage of work at Harbor Sound, a four-home subdivision that Neal, chairman of Lakewood Ranch-based Neal Communities, is building for members of his family.
Under challenge for nearly a year, the project has raised the ire of local environmental groups because it includes about an acre of shore wetlands Neal wants to fill for the homes he plans to build. Those groups, which include Suncoast Waterkeeper, Sierra Club, the Florida Institute for Saltwater Heritage and Manasota-88, have lined up to oppose a Southwest Florida Water Management District permit that will allow that filling to happen. Former Manatee County Commissioner Joe McClash has headed the effort.
Even though that permit is now in dispute and the U.S. Army Corps of Engineers has yet to sign off on a second permit required to do the work, Neal is starting construction. He said he does not believe he will be denied permission to do the wetland work.
"I feel, ultimately, we will prevail," he said Monday. "If need be, we'll go to the highest court that has jurisdiction."