Public can tell Pat Neal where to go

Public Can Still Weigh in on Perico Island Mangroves

Published Tuesday, June 30, 2015 12:10 am
by Joe McClash
When it comes to the unique permit Pat Neal requested from SWFMD to allow the developer to destroy high-quality mangroves and replace them with four homes, the message could not be more clear: don't do it. Neal requested a permit similar to the days of the 1960’s and 70’s when there was no environmental regulation. A litany of regulatory agencies have ruled against the proposed project, but it’s not over yet. In an ALJ recommended order issued last week, here is what the judge summarized:“Although not acknowledged by the District, this is an unusual project. It resembles the kind of project that was common in the 1960s and 1970s in Florida, before the enactment of environmental regulatory programs, when high-quality wetlands were destroyed by dredging and filling to create land for residential development. In all the reported DOAH cases involving ERPs and mitigation of wetland impacts, the circumstances have involved impaired wetlands and/or the restoration or permanent protection of other wetlands on the project site. No case could be found where an applicant simply paid for authorization to destroy almost an acre of high-quality wetlands and convert it to uplands."

via the Herald Tribune:

Traffic in the Sarasota metropolitan area jumped 152 percent in February compared with the same month last year, according to traffic and transportation analytics firm INRIX.
Because of traffic delays, the average trip took a Sarasota driver 7.4 percent longer in February than during the same month in 2014, the Kirkland, Washington-based company reports. 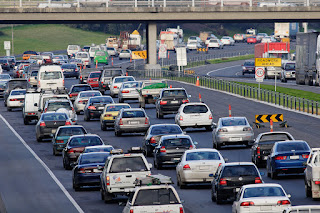 Meanwhile, the two-county region's year-round population is back in growth mode. On top of the 702,000 people who lived here in 2010, there will be 81,600 more by 2020, pushing the total close to 800,000, U.S. Census projections suggest.
Last week, the region's main traffic planning group published a report showing that 13 percent of Sarasota County corridors and 18 percent of Manatee's already are heavily congested. Out of possible congestion grades of A, B, C, D, E or F, that means, in general, that an eighth of our corridors get a D or worse grade. 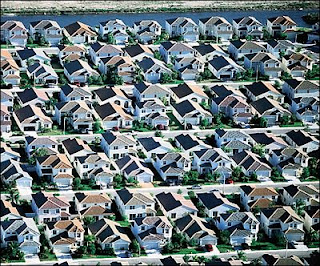 from The Bradenton Times

BRADENTON — Pat Neal intended to build what was described as a family compound on 40 acres of Perico Island re-zoned by the City of Bradenton in violation of its own rules and without a public hearing. But after already having his plans to destroy mangroves on the island shot down by the Army Corps of Engineers, an Administrative Law Judge issued a recommended order to the Southwest Florida Water Management District on Thursday not to approve Neal's permit to destroy high-quality, productive mangroves and replace them with four homes.

After running down a lengthy finding of facts, ALJ Bram Canter issued conclusions of law that called the proposed development, held by Neal through a trust, "an unusual project" that

"resembles the kind of project that was common in the 1960s and 1970s in Florida, before the enactment of environmental regulatory programs, when high-quality wetlands were destroyed by dredging and filling to create land for residential development."

Canter added that "In all the reported DOAH cases involving ERPs and mitigation of wetland impacts, the circumstances have involved impaired wetlands and/or the restoration or permanent protection of other wetlands on the project site. No case could be found where an applicant simply paid for authorization to destroy almost an acre of high-quality wetlands and convert it to uplands."

Attorney Ralf Brooks represented the Sierra Club. “We agree with the findings and conclusions of the Administrative Law Judge," said Brooks in a statement after the decision was released. "It is important to preserve these mature mangrove wetlands on site because they provide natural storm protection, prevent erosion and provide important habitat for wildlife here in Anna Maria Sound near the historic fishing village of Cortez. It is important to protect our remaining mangrove wetlands as valuable natural resources especially in aquatic preserves and outstanding Florida waters."

Neal's trust has 15 days to file exceptions to findings of fact and conclusions of law contained in the recommended order with SFWMD, who issues the final order. Neal is being opposed by several groups including Manasota 88, Sierra Club, Suncoast Waterkeeper, the Florida Institute for Saltwater Heritage (FISH) and TBT publisher Joe McClash.

Pat Neal Gets SWFMD Permit to Destroy Wetlands on Perico

Posted by Lake Sarasota Community Group at 8:04 AM No comments:

State Parks and Local Parks under Threat from Policy Change

What you can do right now to preserve the Myakka River

Over the last few months, articles and radio discussions are occurring around agricultural uses across the entire state park system. Close to home, in our backyard, Myakka River State Park is currently being assessed for potential cattle grazing which might also include hunting, timbering and other private use.

For more than 70 years, the Florida State Parks have protected our park lands, which supports the native plants and wildlife. Florida residents and visitors from around the world come to enjoy our park and many others across the state.

It is our position that these ideas are in direct conflict to the Friend's mission and the years of fundraising and support to the park for resource management and habitat protection (visit our website MyakkaRiver.org) by moving towards agricultural or other multi-purpose usage.

In conjunction with publicized opposition, a public meeting will be held this summer in Sarasota. We are counting on you to attend this public meeting regarding the future of our park. We will insure you know the time and place!

Here are some of the most recent articles. Please click on the links below to read these articles that can also be found on our Facebook page and website.

June 11, Jacksonville Times Union: “One of the coolest things to find in the woods is a huge hornets’ nest ----a cow pie, not so much.” By Ron Littlepage

WHAT CAN YOU DO NOW??

Sign the petition to stop the attack on Myakka at the link below, it only takes a minute. Then forward it to everyone you know – we need 1500 signatures and more!

The Governor and Cabinet are scheduled to confirm the Interim Secretary of the Department of Environmental Protection, Jon Steverson, on June 23. Contact your legislators, contact the Governor, let them know that our DEP leadership needs to protect our state parks. Insure that whomever is confirmed protects our parks from multi-use. It only takes 30 seconds.
https://flparks-in-peril.good.do/Protect/e-mail-cabinet-members/

We appreciate all your support over the years – NOW, you and your love of Myakka River State Park count more than ever! Please act now.

All the Best – Friends of Myakka River State Park
Posted by Lake Sarasota Community Group at 2:57 PM No comments:

Copies of all documents are also available during normal business hours in the Office of the Planning and Development Services Department at 1660 Ringling Blvd., Sarasota, Florida 34236.

Written comments may be submitted via the comment submittal box on the right side of the Sarasota 2050 webpage (*) or be sent to the Planning and Development Services Department at the above address or by email to planner@scgov.net .

All pertinent comments received will be addressed by the consultant at the public hearing.

The consultant has revised and updated the draft report and guide dated June 10, 2015 in response to both public and staff comments, and they are available for review on the Sarasota 2050 Evaluation web page within Category: 04/ Fiscal Neutrality Methodology.

By Kathy Antunes: The Detail

School Board Member Frank Kovach announced in April he will not run for reelection after 16 years of service. Kovach said the recent nonpartisan school board race was “corrupted by cash” and he expects the trend to continue. Former Sarasota GOP chair, Eric Robinson (husband of County Commissioner Christine Robinson), has expressed interest in running for the seat Kovach intends to vacate.
When Kovach first ran for school board in 2000, $10,000 for a campaign would have been a lot. Last fall’s race between Bridget Zeigler and Ken Marsh had each candidate raising over $51,000 and $72,000, respectively, with Zeigler getting additional support from a shadowy political action committee called Citizens Against Taxation. Eric Robinson was the PAC’s chair, treasurer and registered agent.
The Herald-Tribune reported last fall on difficulty tracing a major donor to the Citizens for Taxation PAC.  The donor in question, Phoenix Media, gave $45,000 to the PAC. Robinson refused to disclose who was behind Phoenix Media and the Zeigler PAC financed mailers, saying “donors don’t want to be identified.”  More...
----------------------------
Petition and Data backing up the story
There are significant concerns in the community regarding the ethics of Sarasota County Commissioner Christine Robinson’s dual employment by the Argus Foundation.  Click here for a summary of the issue and petition, Robinson’s Conflict of Interest, Step Down From Argus or the County Commission:
http://www.ipetitions.com/petition/robinsons-conflict-of-interest-step-down-from
===
Background information for this article:
Herald Tribune storie on dark money in 2014 school board race, click on links:
http://www.heraldtribune.com/article/20141024/ARCHIVES/410241053?p=1&tc=pg&tc=ar
http://www.heraldtribune.com/article/20150422/ARCHIVES/504221054/-1/todayspaper?Title=KOVACH-SAYS-HE-S-FINISHED
Wyoming Phoenix Media LLC state filing, click on link:
https://wyobiz.wy.gov/Business/FilingDetails.aspx?eFNum=032129063052086130228032043232108196150036046075
250 LLCs at 1621 Central Ave, Cheyenne WY (Phoenix Media address) click on link:
http://www.bizapedia.com/addresses/1621-CENTRAL-AVE-CHEYENNE-WY-82001.html
250 LLCs at 1620 Central Ave, Cheyenne WY (next door to Phoenix Media LLC address)  click for PDF
http://www.bizapedia.com/addresses/1620-CENTRAL-AVE-STE-202-CHEYENNE-WY-82001.html

Posted by Lake Sarasota Community Group at 11:02 AM No comments: 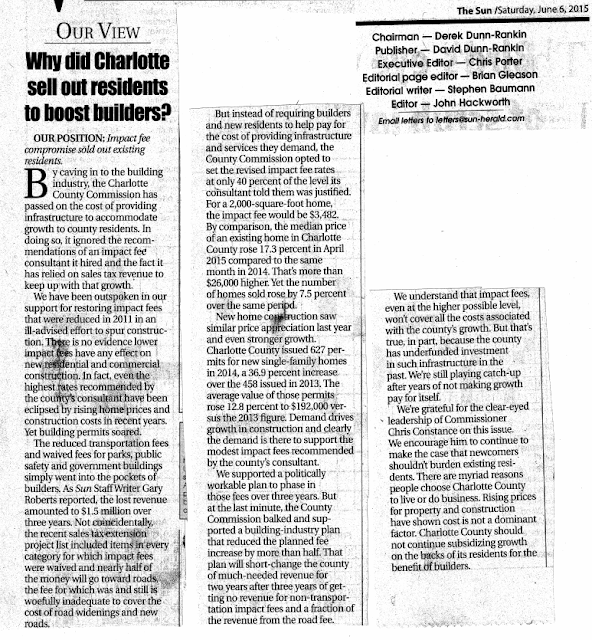 Posted by Lake Sarasota Community Group at 11:35 AM No comments:

turning
watershed management
into beneficial use

Come hear the call for community-wide participation in keeping storm water from polluting and disrupting the ecology of our bays and the gulf. Residents of the numerous neighborhoods in the Phillippi Creek and Alligator Creek areas of the Dona Bay watershed basin are in the priority area for initial efforts. The Donna Bay watershed extends from Manatee County to that namesake bay off Venice. The health of our watersheds, bays, and estuaries should be the concern of all residents of the county.
At the same meeting, examine a vision of how use of that storm water could contribute to desirable types of economic development and a more sustainable economy for future generations.
The Monday, June 8 meeting of CONA – Sarasota County Council of Neighborhood Associations, Inc. is free and open to the public as well as members of more than seventy associations the organization represents and its individual members.
CONA meets regularly on second Mondays of the month at 7:00 p.m. at the Sarasota Garden Club, 1131 Boulevard of the Arts in Sarasota, which is at the intersection of Tamiami Trail, south of the Municipal Auditorium. Parking and the entrance are reached from Van Wezel Way. A social at 6:30 p.m. precedes the meeting.
More information about CONA is available at http://http://www.conasarasota.org/meetings.html.

neighbors helping neighbors since 1961
Posted by Sarasota Vision 2050 at 8:28 AM No comments: