Paul Krugman is a Nobel-winning economist who writes for the New York Times.

This excerpt is from a column he wrote in July entitled Stranded by Sprawl.


There have been many comparisons of social mobility across countries; all such studies find that these days America, which still thinks of itself as the land of opportunity, actually has more of an inherited class system than other advanced nations. The new project asks how social mobility varies across U.S. cities, and finds that it varies a lot. In San Francisco a child born into the bottom fifth of the income distribution has an 11 percent chance of making it into the top fifth, but in Atlanta the corresponding number is only 4 percent.

When the researchers looked for factors that correlate with low or high social mobility, they found, perhaps surprisingly, little direct role for race, one obvious candidate. They did find a significant correlation with the existing level of inequality: “areas with a smaller middle class had lower rates of upward mobility.” This matches what we find in international comparisons, where relatively equal societies like Sweden have much higher mobility than highly unequal America. But they also found a significant negative correlation between residential segregation — different social classes living far apart — and the ability of the poor to rise. 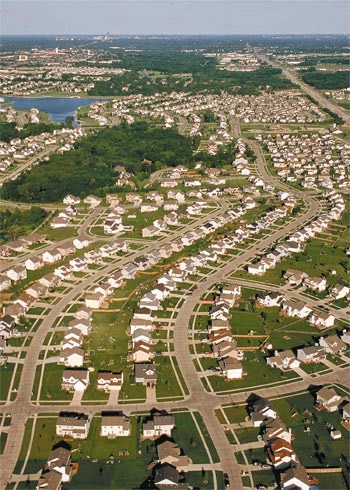 And in Atlanta poor and rich neighborhoods are far apart because, basically, everything is far apart; Atlanta is the Sultan of Sprawl, even more spread out than other major Sun Belt cities. This would make an effective public transportation system nearly impossible to operate even if politicians were willing to pay for it, which they aren’t. As a result, disadvantaged workers often find themselves stranded; there may be jobs available somewhere, but they literally can’t get there.

The apparent inverse relationship between sprawl and social mobility obviously reinforces the case for “smart growth” urban strategies, which try to promote compact centers with access to public transit.