Andre Mele: The Trouble with the 2050 Amendments

News flash: residential sprawl subdivisions lose money. They take more than they give. In community after community across the nation, since World War Two, infrastructure for sprawl has been subsidized by taxpayers lulled into believing that the temporary jobs and insufficient tax revenues will create an economic boon. The Sarasota 2050 chapter of the County’s Comprehensive Plan was designed to remedy that. It was supposed to create healthy development incentives while keeping profit-seeking developers from reaching into taxpayers’ pockets, and to preserve both agricultural and wild habitat in keeping with the State Constitution and the County Charter. But 2050 is being systematically dismantled by a series of developer-sponsored amendments. Taxpayers, guard your wallets! 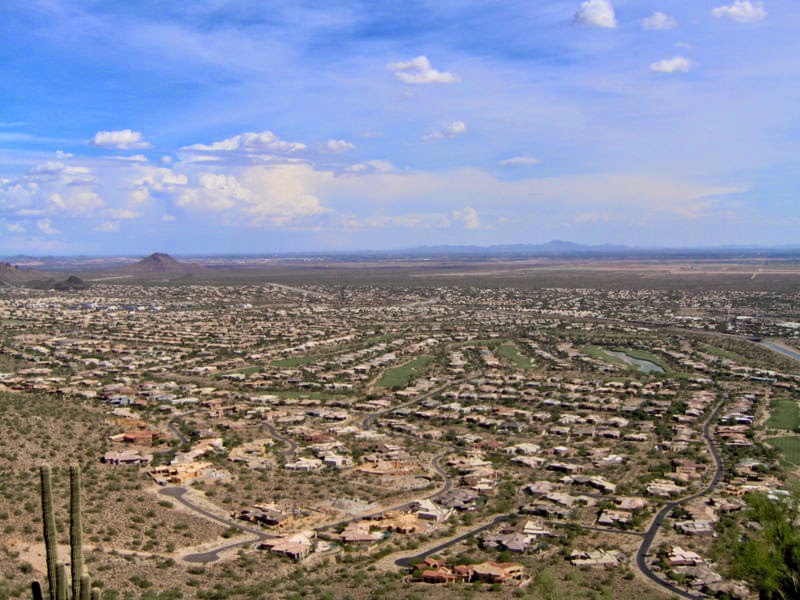 Sarasota County has been creating land-use plans for over thirty years that envision a fully rural character east of the Urban Services Boundary (roughly contiguous with I-75), and encourage smart development within the urban corridor. 2050 is an optional alternative development model in Sarasota County’s Comprehensive Plan, and it steers rural (green-fields) development toward walkable and bikeable 2-4-story population centers with parks and greenways, in trade for more undeveloped land, and reduced sprawl.

By the terms of Sarasota 2050, all new development is required to be “fiscally-neutral.” But the landowner / developers have concluded that fiscal neutrality, in which all infrastructure and community services are paid for by the development project, must be eliminated. Citing unwieldiness and unpredictability, making little or no effort to find a work-around, the developers have fallen back on the time-honored tradition of back-room deals that force surrounding communities to share the bill.

On October 22, after a pro forma public hearing with zero prospect of making substantive changes to the amendments, Sarasota County’s Commissioners will be voting on whether to subsidize profiteering developers and big landowners looking for a payday at taxpayer expense. The subsidies won’t just be in the form of dollars. They will include our willingness to tolerate dramatic increases in traffic, significant loss of important wildlife habitat, impaired water quality in the County’s streams and bays, and to say a final good-bye to the remarkable rural character of eastern Sarasota County. Farm fields, ranch pastures, greenbelts, greenways, wetlands and wildlife corridors will be lost, and the patchy, fragmented habitat that remains will rapidly degrade.

Let one thing be clear: there is absolutely no demand for all this proposed housing. There are at least 50,000 sites available for development and redevelopment west of I-75 – inside the Urban Services Boundary. The most recent and credible population projections call for 16,000 new units in the county over the next decade: tapping just one-third of the capacity that already exists inside the Urban Services Boundary.

New development in the east will not only destroy the rural character of the region, it will siphon investment dollars away from the existing urban coast, leaving blight untouched and redevelopment opportunities wasted. It is a lose-lose proposition. Urban development built to current standards, however, would be much kinder to the bays and other coastal waters than the existing mashup of decaying, runoff-inducing impermeable surface. The miles urban residents walk, bike, and ride aboard public transportation benefit everyone, reducing traffic and lowering Sarasota County’s carbon footprint.

If the County Commissioners vote for these amendments, they will be on the wrong side of history, and will be voting for a de facto tax increase for their constituents. They will be responsible for the degradation or destruction of habitat that is home to endangered and threatened species such as the Bald Eagle, Wood Stork and Florida Panther, leaving the county open to potential litigation from environmental groups, and possible EPA injunctions. They will also be degrading a threatened species called Old Florida.

If you would like your voice to be heard, the Commissioners’ email addresses are here.

Attend the October 22 hearing, at 1:30 in the Commission Chamber, 1660 Ringling Blvd, and sign in to speak. For more information, go to sarasotavision2050.blogspot.com.

More letters of opposition can be found here and here.