CONA Sarasota offered two broadcasts this week. One has to do with its annual potluck supper on Monday, Dec. 11 at the Garden Club:


The Sarasota County Council of Neighborhood Associations is throwing its annual holiday potluck party at 7 p.m. on Monday, Dec. 11, at the Sarasota Garden Club, 1131 Boulevard of the Arts, Sarasota. Attendees are encouraged to bring a favorite dish to share with others. The council represents more than 70 neighborhood, condo, resident and homeowner organizations whose members include more than 35,000 Sarasota citizens. Its mission is to provide practical information to member associations on community concerns and issues and to urge local and state governments to encourage sensible growth. 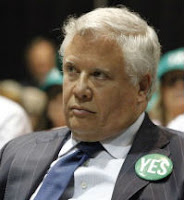 The second points us to Dennis Maley in the Bradenton Times on what we know so far about the work of the Constitution Revision Commission headed by Developer Carlos Beruff.

Proposal 71 would amend the constitution to allow such a body to oversee the charters, making it possible to streamline the petition process, ushering in a wave of new charter schools. Such an amendment, if passed, would have profound implications in the battle between public schools and charters, giving the latter an enormous boost, as the state has typically been far more pro-charter than most school boards.


Proposal 4 would "remove the prohibition against using public revenues in aid of any church, sect, or religious denomination or any sectarian institution,"


Proposal 58 would have county and circuit judges appointed with nominations coming from the governor's judicial nominating commissions. This would only further politicize the process, allowing a party that is in power to stack the benches at all levels with unqualified partisans who could legislate from the bench.


The award for the most obviously-dangerous idea goes to Proposal 22, which attacks Floridians' constitutional right to privacy. The proposal . . . would limit that right specifically to the release of our personal information.. . . If Proposal 22 is adopted, the legislature's powers would be broadly expanded in this realm. It could, for example, "provide by law" that certain "private" information is no longer public record. The First Amendment Foundation has expressed alarm in that it would seemingly "give the legislature the power to selectively pull existing public records from the public domain."