"Who is this stooge?" Hiaasen on Guv's Park Plans 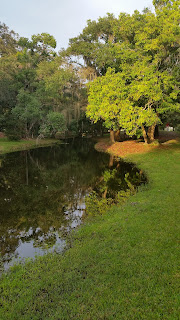 Gov. Rick Scott is one boot-step closer to denaturizing Florida’s state parks.
A Senate committee last week voted 7-1 to confirm Jon Steverson as Scott’s hand-picked choice to lead the shriveled and demoralized Department of Environmental Protection.
One of Steverson’s missions is to fulfill the governor’s dream of opening state parks to hunting, cattle grazing and commercial timber harvesting. The second part of Steverson’s job is to take the heat for this obscene idea, and he’s getting plenty.
Environmental leaders and citizen groups have blasted the scheme . . .
. . .

“I’m not looking to commercialize parks,” Steverson said. “And I’m not looking to ruin the park visitor experience.”
Gunfire, cowpies and logging trucks — the ideal visitor experience for you and your family!
You may wonder: Who is this stooge?
. . .
Originally, Steverson and his staff envisioned legalized hunting only in parks larger than 1,000 acres, but the Times has reported that it’s now being considered as an option for parks of all sizes.
Such a proposal would be incomprehensible under any other governor. Blue Spring, Ichetucknee, Crystal River, Cedar Key, the Dagny Johnson Key Largo Hammock to name a few — these parks are sanctuaries treasured by Floridians.
Steverson says each one will be evaluated individually before any changes are are made. Based on his actions so far, there’s no chance he’ll do the right thing.
The governor’s obvious philosophy is that public lands don’t really belong to the public, but rather exist to be privately exploited.

MORE at the Miami Herald . . .
See also: A letter of concern about Florida's state parks