"Hear no evil" was the refrain at Sarasota County's budget workshop the other day.

When the issue of the degraded condition of Sarasota's wastewater facilities came up, Sarasota's elected officials bravely faced the fact that their public duty requires them to invest $150 million in the facility in order to meet state DEP standards.

They then concluded the workshop by covering their posteriors (around 2 hr 31 min):


“Were we asleep at the wheel?” Commissioner Christian Ziegler asked, referencing Detert’s earlier remarks.. . . He remembered asking [County Administrator Jonathan] Lewis, Ziegler continued, about comments he had heard in the community about wastewater spills. Lewis’ response, Ziegler said, was that the county generally had no problems except during hurricanes and other heavy rain periods.

Then just a few days later, Ziegler added, he heard about the federal lawsuit.

“I talked to previous commissioners,” asking if they were aware of the problems, Ziegler pointed out. “Nobody had any idea, I think.” Sarasota News Leader

If Sarasota's elected officials now believe that crucial, economically significant information was systematically withheld from them, why not get to the bottom  of this mystery?


“I can’t remember anybody ever coming to me, privately or publicly,” [Commissioner Charles Hines] added, to suggest the need for the upgrade of the Bee Ridge facility.

The reason the commissioners were told nothing about the water treatment plant problems, [Commissioner Mike] Moran indicated — based on what he had heard — was that previous staff members felt the commissioners never would consider paying a high price to resolve the issues. (SNL)


Well now. Instead of indiscriminately throwing staff under the bus, our commissioners might have taken another tack: ordering an independent investigation to find out what persons, what assumptions, what mechanisms, what puppeteers are concealing significant information from public view.

When he ran for reelection in 2018, Commissioner Al Maio claimed he'd kept Sarasota property taxes low for 20 years, but, somehow, this came at no cost to the environment or infrastructural conditions, to parks and other services, or to long range planning and development. Maio was reelected by voters who apparently are drawn to magical thinking.

It may be past time for citizens of Sarasota to buy a clue for our elected officials -- to say something like:

If you don't know how come you're not apprised of key data relating to our economy, environment, and infrastructure, don't you think it might be a good idea to find out how and why that is?

How does critically important information for the people of Sarasota get suppressed? At whose bidding? How long has this been going on?

Are Commissioners Moran and Detert going to run on a platform of "nobody told me" in the 2020 election?

Perhaps it's all too clear, Commissioners. You know the trail would lead right back to you and your friends, whose ambitious large-scale activities have long contributed to the rise in nitrates feeding Red Tide in our waters. (At your morning session on Affordable Housing, developer Pat Neal thanked you for lower impact fees here than in Manatee County.)


If you choose not to investigate, what does this say about the value you place upon "hard truths"? 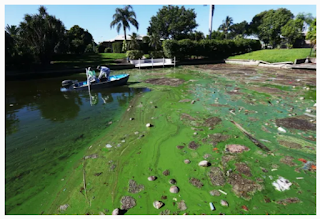 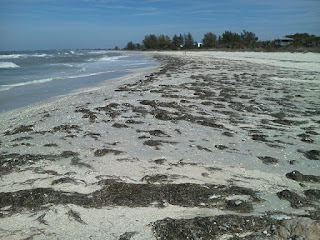 Oops we did it again

Update: Pat Neal explains waste spill caused by his workers
Posted by Sarasota Vision 2050 at 5:38 PM No comments: Links to this post

Lakewood Ranch is big developer territory, and SRQ Magazine was on the spot when Sarasota County Administrator Jonathan Lewis came to update business folk there the other day.

And if SRQ Magazine is to be believed, growth here is all -- or mostly -- wonderful. SRQ's Olivia Liang put it this way:


This sold-out event demonstrated the unified efforts of the SRQ region and revolved around a refreshingly simple concept: growth.

Doubtless inspired by the Muses of Insatiable Development, SRQ's Ms. Liang then launched into an operatic Paeon to growth:


Tourism continues to grow, with Nathan Benderson Park bringing in a net $47 million for sports tourism in the past year. And between the rebranding of the Bishop Museum of Science and Nature in downtown Bradenton to the institution of roundabouts to regulate the flow of school traffic on Honore, the expansion of the Legacy Trail for resident-use and the construction of the new Atlanta Braves Spring Training Stadium that was widely funded by the private sector and will be owned by Sarasota County, the region shows no signs of slowing.

However, Liang did need to report a little water issue, seeing as Administrator Lewis inconveniently brought it up:


But one looming presence seemed to unite the two counties more than any other: water quality. With red tide and blue and green algae blooms affecting the “economic lifeblood of the state,” according to Lewis, both counties agree that the improvement of water quality “needs to happen on a statewide basis.” But at the same time, “we can’t wait on everybody else,” added Lewis, referencing the June Sarasota County Water Quality Summit with 700 attendees, demonstrating the active and current conversation surrounding a proposed $150 million wastewater treatment plan that would improve drinking, fishing and swimming water, in combination with a $5 million septic-to-sewer program.


Apart from that one teenie-weenie problem, God's in his heaven and all's good in Sarasota and Manatee, according to SRQ:


In its most recent Citizen Survey, Sarasota County reported that 97% of the surveyed described their overall quality of life as excellent (45%) or good (52%), which is up from previous years.

But how sure are we that our quality-of-life satisfaction will continue? Not very, it seems.


That "Citizen Opinion Survey," presented to the Board of Sarasota County Commissioners some months ago, happened to make it clear that the public is openly dissatisfied with the nature, direction and management of the local economy, in two ways:

First, we 're worried about the utter lack of economic diversity -- our workers do construction -- there's little in the way of manufacturing, or hi-tech businesses. (The Board's notion of a clean upscale business to promote is James Gabbert's Waste Transfer Facility (WTF), now rising to glare at the Celery Fields and the highway).


Second: Over the past 5 years, the single greatest concern expressed by the people contacted by this survey is GROWTH - the very theme that SRQ celebrates as the glory of Sarasota/Manatee:

Indeed, add together the concern ratios for CRIME, TRAFFIC and JOBS (you get 19%) and it's still less than the portion of residents who've cited GROWTH as the primary issue for the past five years.

So there you have it: The Greater Sarasota Chamber of Commerce and the Lakewood Ranch Business Alliance, along with the Builders and Contractors, the Realtors, the Argus Foundation, SRQ Magazine and our elected officials -- one happy choir singing the praises of Growth -- the area's biggest problem, according to taxpayers, who are perhaps more mindful of trending issues:


From 2010 to 2018, the Bureau of Economic and Business Research (BEBR) of the University of Florida says Sarasota County’s population climbed 10%, putting the county in the highest growth category in the state.The


During the past five years while growth has been the biggest worry on residents' minds, our elected officials have:

1. Ignored county data that documented a long-term, significant rise of nitrogen in our bays and waterways:

4. Gone to unprecedented lengths to weaken Comprehensive Plan and other important constraints on developers, and

The Tischler Report, commissioned by Sarasota County in 1999, was supposed to prove that growth paid for itself. Its findings proved the opposite -- we pay for growth. Local leaders quickly buried the report.


So this might invite the question: what will Sarasota and Manatee look like two or three decades? 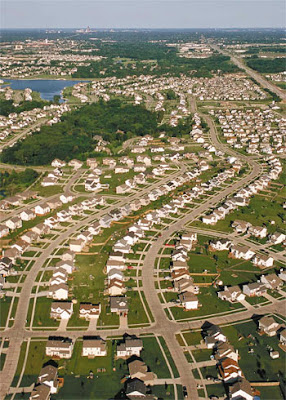 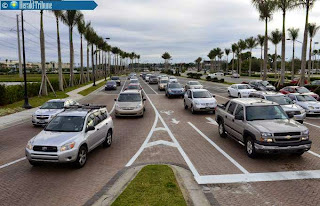 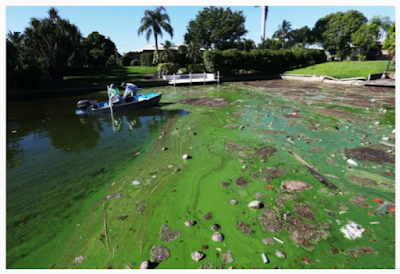