What can we learn from the processes that led to James Gabbert having the county's blessing to build a waste transfer facility in the wrong location? How can we do better next time?

County Commission Public Hearing of Aug. 20, 2015, at which WTF was approved. Hearing begins at the 1:52 minute point.

Gabbert Timeline The parcel Gabbert purchased did not allow heavy industry. He and Bo Medred had to ask the Board for a Special Exception. The Timeline show how Sarasota county bent rules, created special exceptions, and paved the way for Gabbert to operate a full, open-air Waste Processing Facility on 16 acres, including a 10.6-acre parcel of public land. Only the public outcry on Aug. 23, 2017 stopped this from happening - and even then, Commissioners Al Maio and Mike Moran voted for the Waste Processing proposal.

Letters, emails, social media statements from residents and businesses - small sample below, many more at link:


"I am watching everything I loved about Sarasota being destroyed by people who are supposed to represent me. This may be one of the more overt examples of putting personal gain over the voices of the people and protection of one of the only sacred spaces left in SRQ."

"I seriously doubt that millions of dollars are being spent to attract tourists to our area so they can witness poor planning.  Sarasota is rapidly turning in to the butt of an series of man-made and politically generated disasters.  We have a plastic candy cane sewage system which is decades behind where it should be, adding to the pollution in the Gulf; are experiencing over-building which is having a negative impact on existing property; we’re ignoring infrastructure such as maintaining roads, monitoring and controlling traffic flow; avoided the politics of red tide until it became one of the most costly and devastating events our area has seen.  And yet, you see fit to approve a noisy, toxic, airborne and ground water pollution-generating, debris center earmarked ‘light industrial’ near a beautiful watershed filled with wildlife and those who are seeing a tiny bit of nature in this rapidly 'pave paradise' world . . .."

"Any commissioner who received $$ from Gabbert, directly or indirectly, is compromised and should have not voted on this issue in the first place."

Federal and County efforts to restrain blight along the highway include:

Did the Board-appointed Planning Commission or the Board itself direct staff to look at best practices in the field of waste management to mitigate the impacts of a WTF near the highway and a celebrated Nature Area? No.

What was possible? Here's a Waste Transfer Station in Seattle creatively designed to reduce noise, odors, and visual impacts -- it even includes a playground. 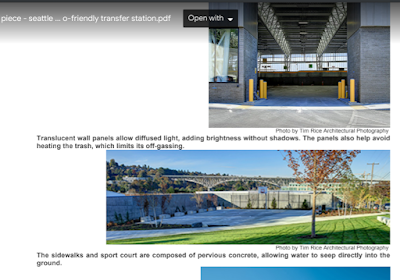 Beginning in December 2017, a group of citizens representing 50 HOAs sought to show the Board a better vision for the Quad Parcels next to Gabbert's WTF. The group, called Fresh Start, reported its work here.

Board voted to proceed with new Critical Area Plan for the Quad Parcels. The Board might seek to use this process to rezone the public Quad parcels for industrial use. The public voice might again be the only voice speaking for rational, environmentally sensitive uses that benefit our communities. 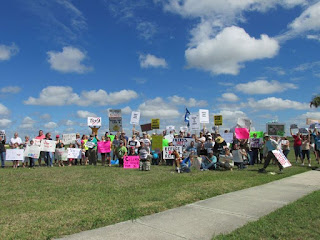 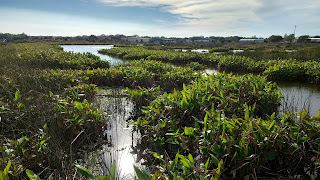