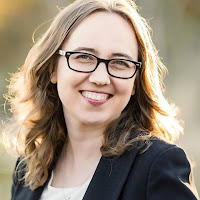 Congratulations to Tommy Gregory on his election victory. I appreciate his civility this campaign season. He has a wonderful family as well, and I’ve been glad to meet them and get to know them. Tommy offered his campaign in the spirit of public service, and we certainly have public-service needs for better funding for our schools & to end the high-stakes testing regime. We certainly have public service needs for attention in Manatee County to transportation and infrastructure. My hope and expectation is that Tommy will be amenable to discussing these issues with supporters of mine who have sought this kind of relief. On other issues, however, it may be tougher sledding. Still, Tommy offers himself as an open and accessible lawmaker, so I encourage others to reach out to him with questions & policy concerns that they have.
I’ve never been afraid to run a race as an underdog or to work hard for a far-distant goal. What is unfortunate, however, is that the Trump fever has not yet broken. And that those I would otherwise consider “good people” cannot yet see the racism, sexism, and xenophobia that have been unleashed by the president in more open spaces than ever before. Equally troubling is that there are those who are just not troubled by it. And I worry that too many in our community still don’t fully appreciate the corrosiveness on our democracy of the constant attacks on the news media, who have been fairly effectively neutered in our community already. And I think many are unaware of, or simply don’t care about, the toll and labor with which people speak and breathe as Democrats in East Manatee & Sarasota Counties outside of Democratic Party clubs and meet & greets.
A person should be able to be a Democrat and be themselves in Manatee & Sarasota Counties, without being shouted down or shut down or sneered at or made the butt of snide comments. Democratic candidates should not have to fight to be invited to candidate forums. When they are invited to forums, their names should be publicized equally with the other candidates. And in the local newspaper, if Republican candidates’ educational credentials are stated in full in an article, the Democratic candidates’ educational credentials should also be stated in full. Basic norms of fairness should apply to political competition.
Regardless of political affiliation, a person should be able to participate in peaceful public protests in Manatee County without fear of law enforcement or fear of bearing the costs of whatever newest regulation Manatee County Commissioners have passed that is designed to stifle dissent. Elected representatives should not block constituents or members of the local news media with questions on social media. And news media should regard democratic norms and practices, not just electoral competition, as appropriate subjects of political reporting, if they want to claim the mantle of the Fourth Estate.
It’s going to be a tough couple years until 2020. The next election will be here before we know it. But the real fight for our democracy is right here in our community.
As Eleanor Roosevelt once said, “Where, after all, do universal human rights begin? In small places, close to home - so close and so small that they cannot be seen on any maps of the world. Yet they are the world of the individual person; the neighborhood he lives in; the school or college he attends; the factory, farm, or office where he works. Such are the places where every man, woman, and child seeks equal justice, equal opportunity, equal dignity without discrimination. Unless these rights have meaning there, they have little meaning anywhere. Without concerted citizen action to uphold them close to home, we shall look in vain for progress in the larger world.”
An election is just an election. Democracy is everyday.
Peace and be well.
Don’t worry. The work will begin again.
Posted by Sarasota Vision 2050 at 8:38 AM