Commissioners:
I am a long-time resident of Sarasota County, and I am writing today to request that you deny the above-referenced petitions.  Living not far from the Celery Fields since 1972, I have observed the transition from active celery production to a valuable stormwater, recreation, and wildlife facility. This property, and the open space around it, has become a very special place…to residents and to visitors and tourists alike.  When the County purchased these lands from primarily the Ferlisi and Walker families for the intended purpose of preventing future flooding, it was not generally realized that this intended purpose would turn out to be just one of many important benefits to the community.


As the Celery Fields stormwater facility came to fruition, the area to the east was largely undeveloped, and there were some small light industrial uses to the west.  As the ponds began to fill, and plants grew, the birds and other wildlife began to flock to this “refuge”.  Sarasota Audubon was quick to understand what a unique opportunity this presented, and through their efforts, the County came on board to assist in making the Celery Fields a birding destination.  Not only did the birds flock to the Celery Fields, but so did the eco-tourists…from all over the world.  Over the past few years, Audubon and the County made an arrangement that permitted Audubon to build a first-class resource facility right at the center of the Celery Fields.  I’m sure a look at the Audubon guestbook would reveal a startling number of visitors from far and wide.
When Palmer Boulevard was repaired and improved (while still remaining a two-lane road), the County erected tall, large lights along the road.  It became immediately apparent to citizens and to Audubon, that these lights could be a serious threat to the nesting and breeding of the birds and other creatures that made the Celery Fields their home.  When this was brought to the County’s attention, the County recognized the vulnerability and sensitivity of the wildlife, and realized that the lights were, indeed a threat.  In fact, while the County did not remove the lights (in case they might be needed in a storm/flood emergency, other than for testing, they have never been turned on…they remain dark to this day.  They remain dark because it is the right thing to do…and because a threat to the success of the Celery Fields as a nature/wildlife preserve is a threat to eco-tourism, which is a threat to our tourist economy. 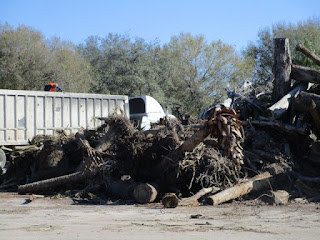 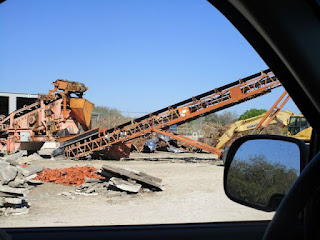 This preamble brings us to the subject at hand: an industrial construction debris processing plant proposed for the edge of the Celery Fields.  While many of the assertions made by the applicant in his submittal lack documentation (as required), and can be examined in detail, the crux of the matter comes down to the compatibility of this sort of noisy, dusty, plant with the valuable recreational/nature/wildlife preserve that is the Celery Fields.  The County itself has, as outlined above, recognized the vulnerability of the wildlife in the Celery Fields; the County has recognized that turning on the lights would be a big risk…a risk they were unwilling to take.  Is not a construction debris processing plant a risk to the welfare of the wildlife?  The proposed facility will grind, crush, and haul away concrete, wood, metal, plastics, and all manner of material, some of which may well contain toxic materials. With the eastern areas out along Palmer Blvd. having been developed over the past few years, residential traffic has increased many-fold on the road.  The trucks that would haul these materials in and out would also create heavy traffic on an already inadequate road, in addition to more noise and pollution.   Is this a risk worth taking?
During his presentation to the Planning Commission, Mr. Gabbert gave a detailed discussion of the monitoring and inspection routines required by various agencies in order to minimize the dangers inherent in this sort of facility.  That is exactly the point here. How many events have proved that there is no fail-safe facility with inherent risks; think of the BP disaster in the Gulf; the failure of the Piney Point slime ponds; the sinkhole at Mosaic; dam failures; and on and on.  Mr. Gabbert’s testimony simply made very clear that his proposed facility is risky; in case of a failure, with environmental damage to the Celery Fields, Phillipi Creek, and on to the Bay, are you willing to vote to take that risk?
While the application asserts that no endangered wildlife has been seen on the site, where is a report by a qualified expert documenting this statement?  There are statements about noise levels of similar facilities in the area, but where is a report laying out these levels, including the noise levels of the surrounding areas of those facilities (keeping in mind that the Celery Fields area is a very quiet area)?  The vagueness of these sorts of statements calls into question where staff’s reassurances come from.  Is staff qualified in each of these technical areas to render judgment on the validity of the applicant’s assertions, given a lack of qualified documentation?
Commissioners, you are familiar with the Celery Fields.  You understand the vulnerabilities of the plants and creatures to noise and to pollution of air or water.  Sarasota has a world-class triple-duty facility that is enjoyed by residents and visitors, and that brings substantial economic benefits to the County.  We always come back to the issues of the health, safety, and welfare of the entire community. The benefit to one must be weighed against the risk to all; is it worth risking?
Again, Commissioners, please deny these petitions for a construction waste processing plant  To answer my own question, No, it is not worth the risk.
Sincerely yours,
William C. Zoller

I am a year round resident of Sarasota, a home owner, registered voter and hold a county business license. I am a believer in Verace, an Italian word for truth and authenticity.

Tomorrow, on August 23rd, you will be making quite possibly the biggest decision of not only your tenure as elected officials, but also one that will be affecting hundreds of thousands of local residents and visitors alike. By now you are inundated with e-mails covering virtual every aspect of this proposed open air “Dump” facility. The sensitivity of this issue goes way beyond Sarasota County. It is essentially at the heart and soul of the fight to keep our planet from becoming a place of urban sprawl and desolation. We can all agree a healthy planet makes for a happy people.

I live 2000 feet SSE of the southernmost tip of the Celery Fields. I live in a dense Oak filled enclave. Both the Tree Ordinance and the Canopy Road Ordinance are well into play here. I want to call attention to the intent of both of those ordinances. Without picking them apart with a fine tooth comb, their original intent was simple, to enhance the quality of life for the citizens of Sarasota County and to protect the trees and the area from gentrification. We need say nothing more about them, that was their intent. You now have a chance to stay in the spirit of not only these two laws, but also another intent, that being the Sarasota County Comprehensive Plan. 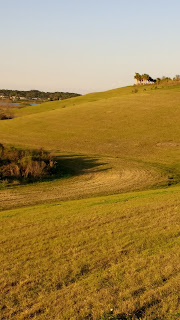 Direct from the plan itself it states: “A healthy natural environment also contributes to the economic health of an area. It is a key factor in attracting and retaining businesses and people within the county and the region. One of the emerging economic drivers for Sarasota is eco-tourism, which is directly tied to the quality of life and quantity of natural habitats and resources that the county maintains and protects.”

So there you have it, these words again…. intent, protect, quality and healthy. Keep these words in mind when rendering your decision, because looking back and knowing what you could have done is nothing like looking at it right now and knowing what you did, not only for you, your families and ours, but for the greater good of mankind and that is to simply SAVE THE CELERY FIELDS.