Maynard Hiss posting on the 2050 Comprehensive Plan for Sarasota Citizens Page on Facebook: 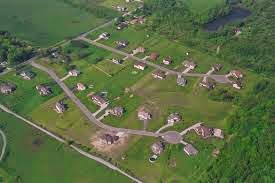 I can see why a lot of really really good developers who used land effectively would not want to support these candidates, and that is because they are getting screwed by these politicians. The fact is, is that the worst types of developers in the rural area are getting heavily subsidized by public infrastructure, and they are also destroying the existing road capacity by using it in the most ineffective ways. The developers who have to compete with this type of subsidized development may not be too happy.

The public has never voted positively for rural sprawl. If you go to a public hearing where the county is proposing this rural sprawl there is mostly a strong outcry and disdain and contempt for the politicians. Contrast this to the overwhelming support for bond issues for conservation lands which get on average 70% or more of the vote in stark contrast to the politicians who promote sprawl.

The politicians clearly don't like the public taking matters into their own hands, as they came up with the 2050 plan for the rural area after a huge amount of money was voted in a public referendum for conservation lands. While the 2050 plan does not have a future public land element or water development plan or agriculture plan or strategic habitat conservation area plan, it does have a plan to double the development rights to provide and incentive to developers and turns almost the whole privately owned area into a bunch of the most inefficient rural residential development communities. While there will be lots of open space created it will be mostly wasted space with little value and no public access. And which will likely be developed later when there is a shortage of land suitable for a few developers to get cheap.

Even more ironic is that the planners and politicians claim that the County's land use plan for the rural area is so ineffectively planned for 1 unit per 5 acre lots that it creates a perverse incentive to destroy the natural resources and agriculture. They claim the only solution is to provide an incentive in the form of doubling the development rights on the land and then let the developers plan the agriculture and natural resources and recreation within their private development, that will exclude the public. The other incentive is a massive development of infrastructure program and to lower impact fees to support the development.

The thought of developers coming up with a natural resource plan and agriculture plan has absolutely no credibility. Even if theoretically possible it would have very little value to the pubic since the public would not have access to the benefits. There was no data and analysis to support this nor does the county have a water resource plan, biodiversity protection plan, or agriculture plan for the county. Instead the focus was on how many development units could the land produced. The assumption it seems is that a lot of money could be grown on the land. But a closer look at the plan you will see the money comes from taxpayers' pockets, mostly from outside the rural area.

To think that people who are educated in the planning profession and the politicians who represent the public could get it so wrong that the plan is insulting and perceived by many as contemptuous. In school such an assignment would not get an F but a 0. The public does not get agriculture or natural resources it gets further impacts to them and also gets development types that use much more of them that effective patterns of growth. What it gets for a huge bill is traffic congestion which cannot easily be solved because all the development there requires car trips.