Fiscal Neutrality: Write to the County

From Cathy Antunes (via email):

The creation of the Fiscal Neutrality methodology is where the rubber meets the road.  It is critical the process and information shared be transparent, that the most important stakeholders - taxpayers - have a prime seat at the table.  Please write to the Commission (you may want to include the others Larry has written to as well).  Let the Commission know the public must have the same access given to private interests in this process.  If you would like me to share you letter with others (which would be much appreciated) please cc me.

Thanks for caring for our community and have a great weekend! 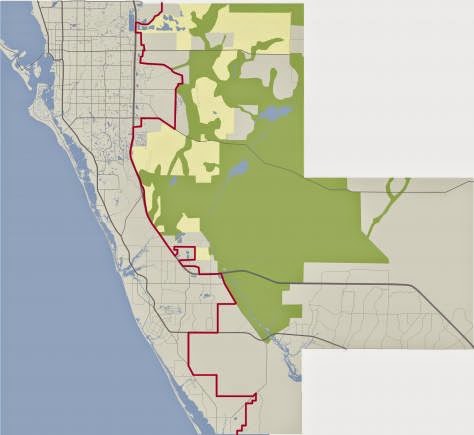 The process for introducing 2050 policy changes was initiated by County planning staff meeting with Neal Communities, Schroeder Manatee Ranch and others private interests before the public process was initiated. The inequity in access undermined public confidence in the creation of 2050 policy changes. We do not want to see the same kind of inequity with fiscal neutrality. I’m sure we agree the process must be open, transparent, inclusive from the beginning.

How will the County ensure effective public participation and oversight at the outset? What is the plan to ensure interested citizens are included and given the same consideration and opportunity for input which will be extended to landowners outside the USB? A transparent process includes:

Welcome to our new Commissioners! I look forward to a cordial working relationship with you both.

I appreciate the County sending me a copy of the Agreement for Fiscal Neutrality with AECOM Technical Service Inc.. Although this is a fully executed contract my comments suggest that the contract should be amended to include the citizens of Sarasota County as part of the study process.The contract is now structured so that citizens have no input, no information and no opportunity to affect the technical document and consultant product until it is too late. As we found in the public hearing process with the amendments to Sarasota 2050, none of the comments that citizens offered were incorporated into the final Comp Plan amendments.

We really don't want a repetition of the futility of participating in a process that affects us but upon which we have no effect.


My comments concern the interaction of the consultant with interested and affected parties during the study process and whether this process provides fair and equitable access to the consultant for all stakeholders. Also, I have a question about transparency which is used in the Scope of Services but is applied in a most peculiar if not limited way as I will explain in the bullet points. I have questions about the substance of what is being asked of the Contractor -the inadequacies, obfuscations and ambiguities contained in the Scope of Services which would surely confuse any and all citizens if they cared to try to read this document. I also think it incumbent upon the County to explain to the citizens how Fiscal Neutrality standards and requirements will be operationalized as part of the Zoning Ordinance and how these rules will be enforced and the penalties for non-compliance of its conditions affecting the subject property or properties. I also believe there are better approaches to Fiscal Neutrality that focuses on impact mitigation and avoidance.


Consultant Interaction with the Public during the Study Process


I hope my comments are only the beginning of a dialogue that is yet to be and yet may not be if the Fiscal Neutrality Study is not amended to accommodate meaningful citizen input and participation. Sarasota County is blessed with an educated and intelligent population of citizens who have much knowledge, much experience and much passion to continue and enhance the quality of life and living here. Why waste these resources when citizens can be the fountain of new ideas? Also, the study should be an educational tool for citizens who want to better understand the technical aspects of the study. The Study would better serve its public purpose if those affected by its recommendations are allowed to participate in the making of those recommendations.

thank you for your consideration of these comments.